This posting is for John Dominy who wanted to know where the new pictures were. Here they are, John.

Things are just beginning to heat up in the greenhouse (no pun intended). It will soon be alive with red blossoms. Really exciting! Here are 2 new ones blooming this morning. 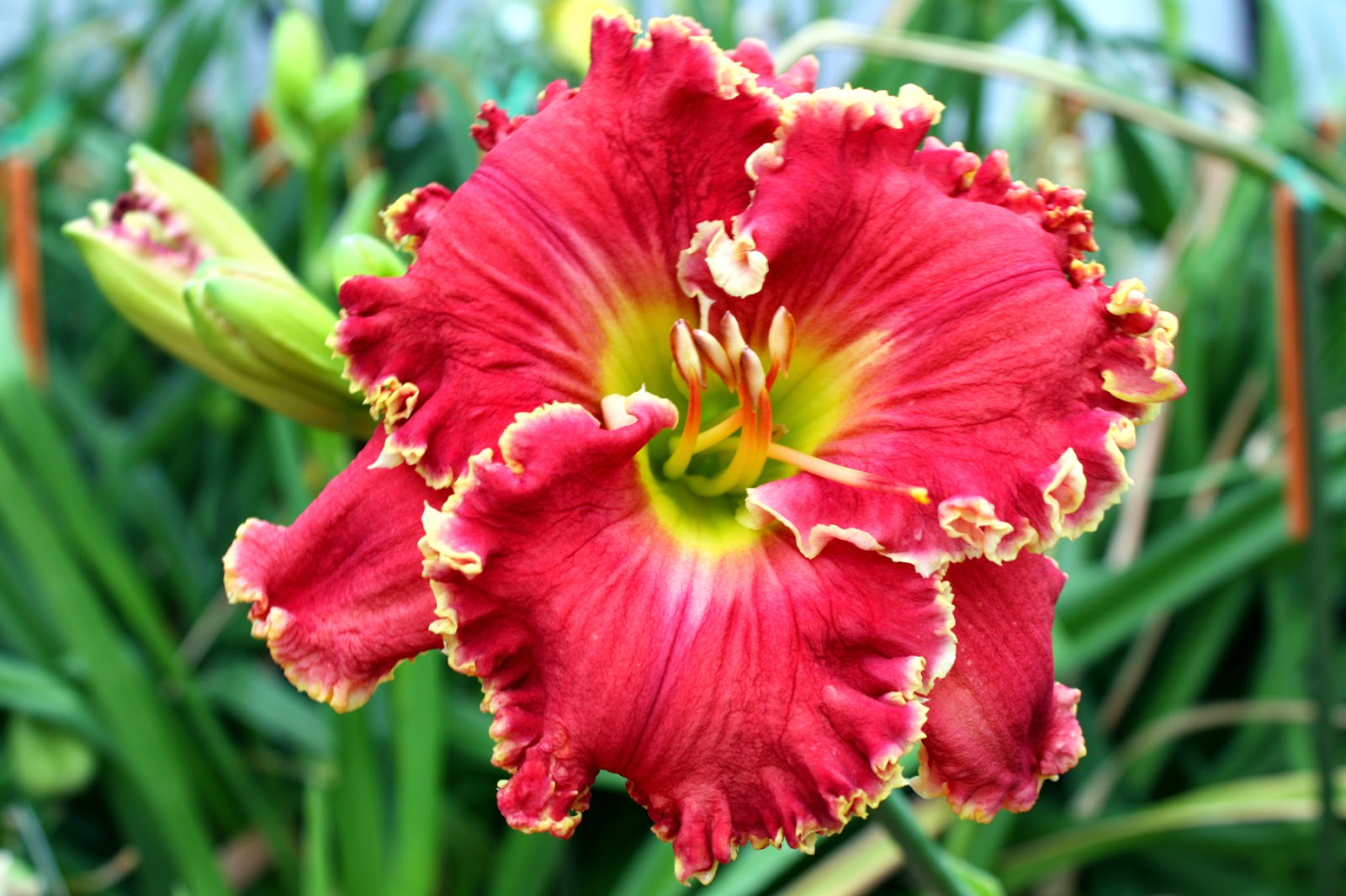 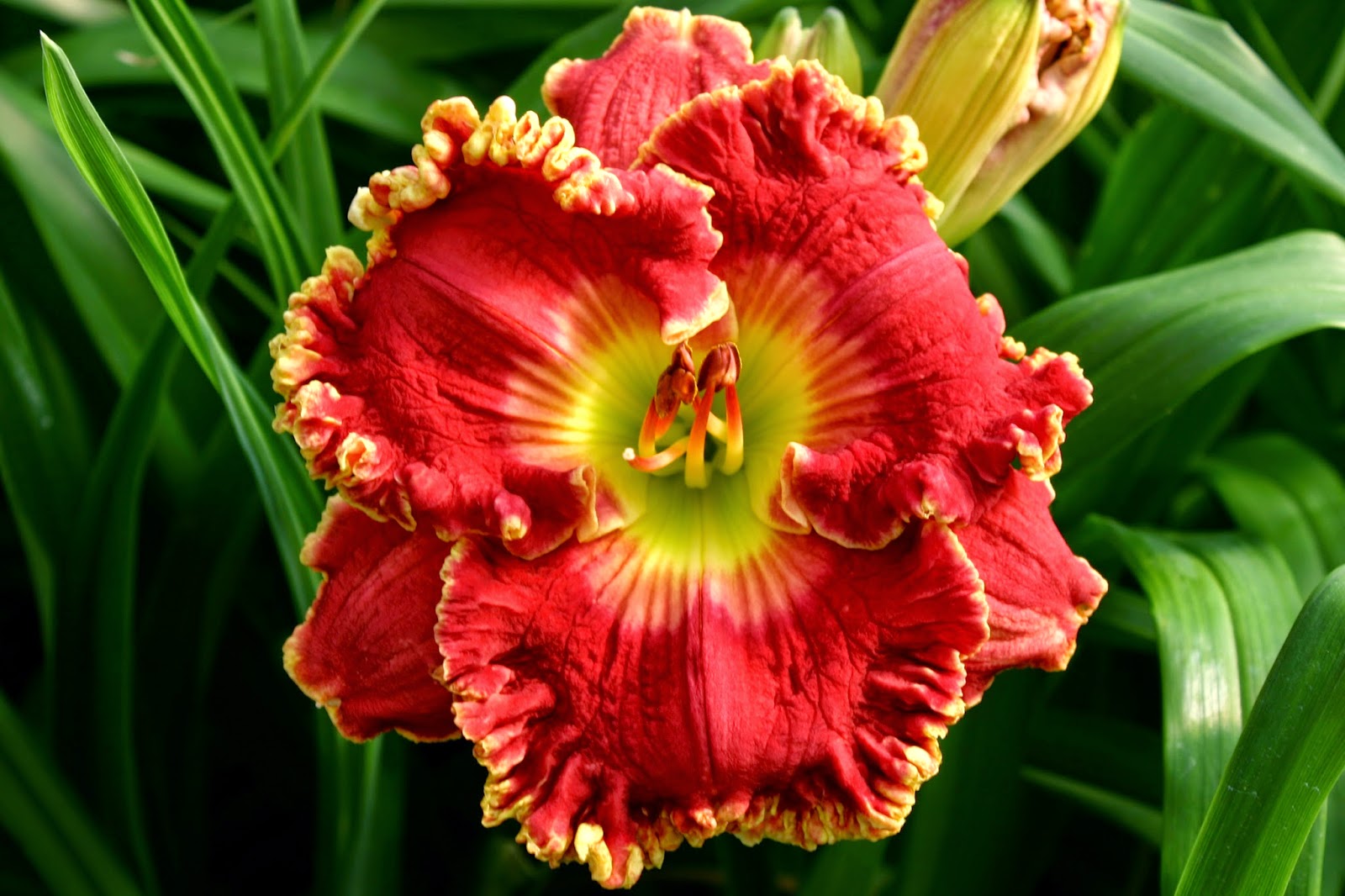 We enjoyed having David Kirchhoff and Mort Morss as guests this past weekend. Mort spoke to our Tennessee Valley Daylily Society on Saturday. He showed his and David's 2015 introductions and some seedlings. Also in town were Curtis and Pat Montgomery from California. We all enjoy each other's company even though we do eat too much and maybe open a little too much wine. Hey, what are friends for?

WOW! Seedlings blooming in the greenhouse

I don't think there is any flower more beautiful than the daylily, of course I may be prejudiced. It is especially rewarding to be able to walk into the greenhouse and see blooms in March/April. That is exactly what is happening now.

My concentration now seems to be on reds with toothy and blue secondary. I became interested in reds when I saw Jeff Salter's 'H. Camelot Red' bloom as a seedling. Jeff registered it in 2010 but I had it as a guest in 2008 and used it quite heavily. It is one of the parents of my Seedling 1004. 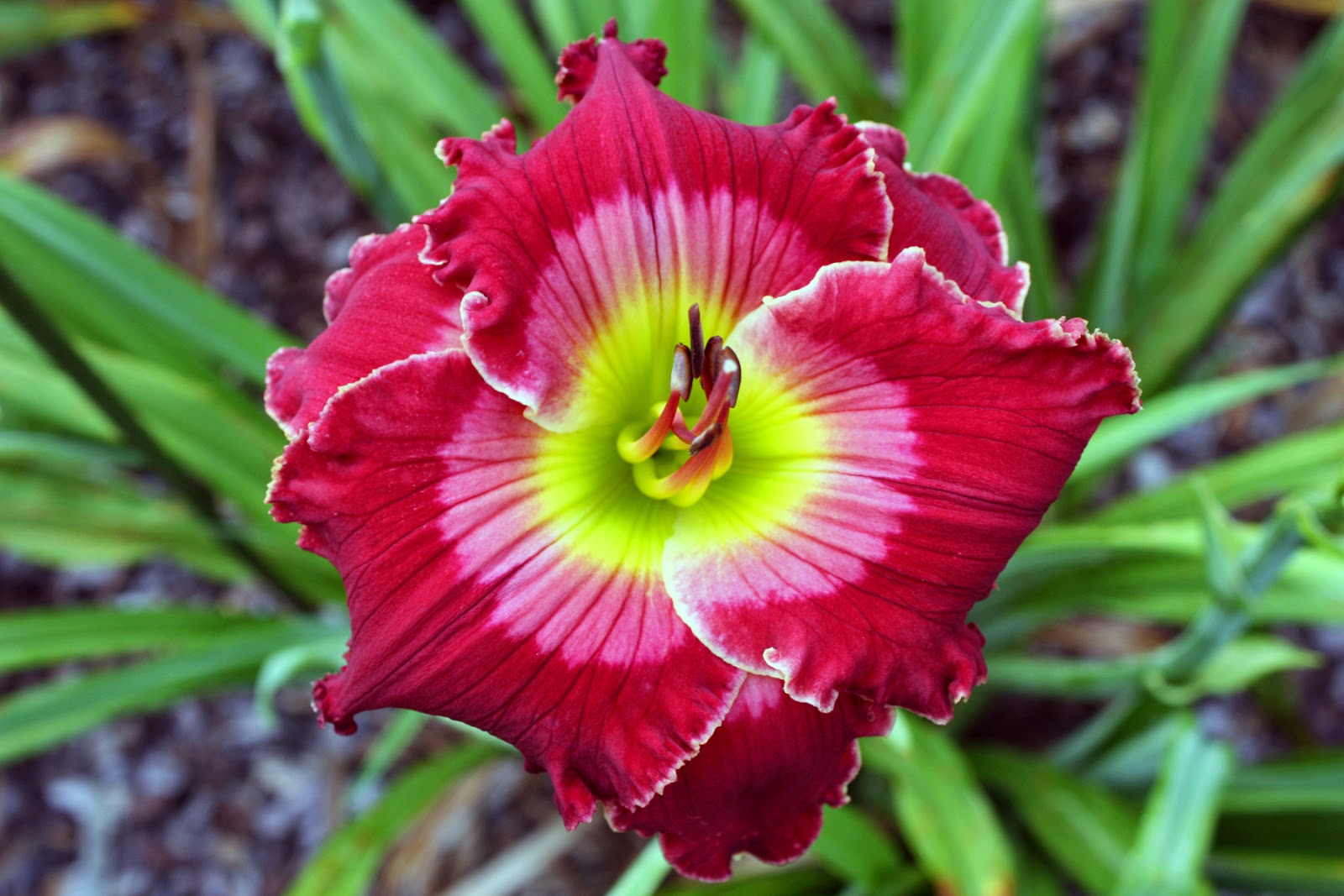 Seedling 1004 (Doug's Caress X Camelot Red) was the best of the lot. It has been the parent of several of my selected seedlings. 'H. Doug's Caress' was a 2009 introductions from Stan Holly and I received it as a gift plant in an order I placed with the Holly's. 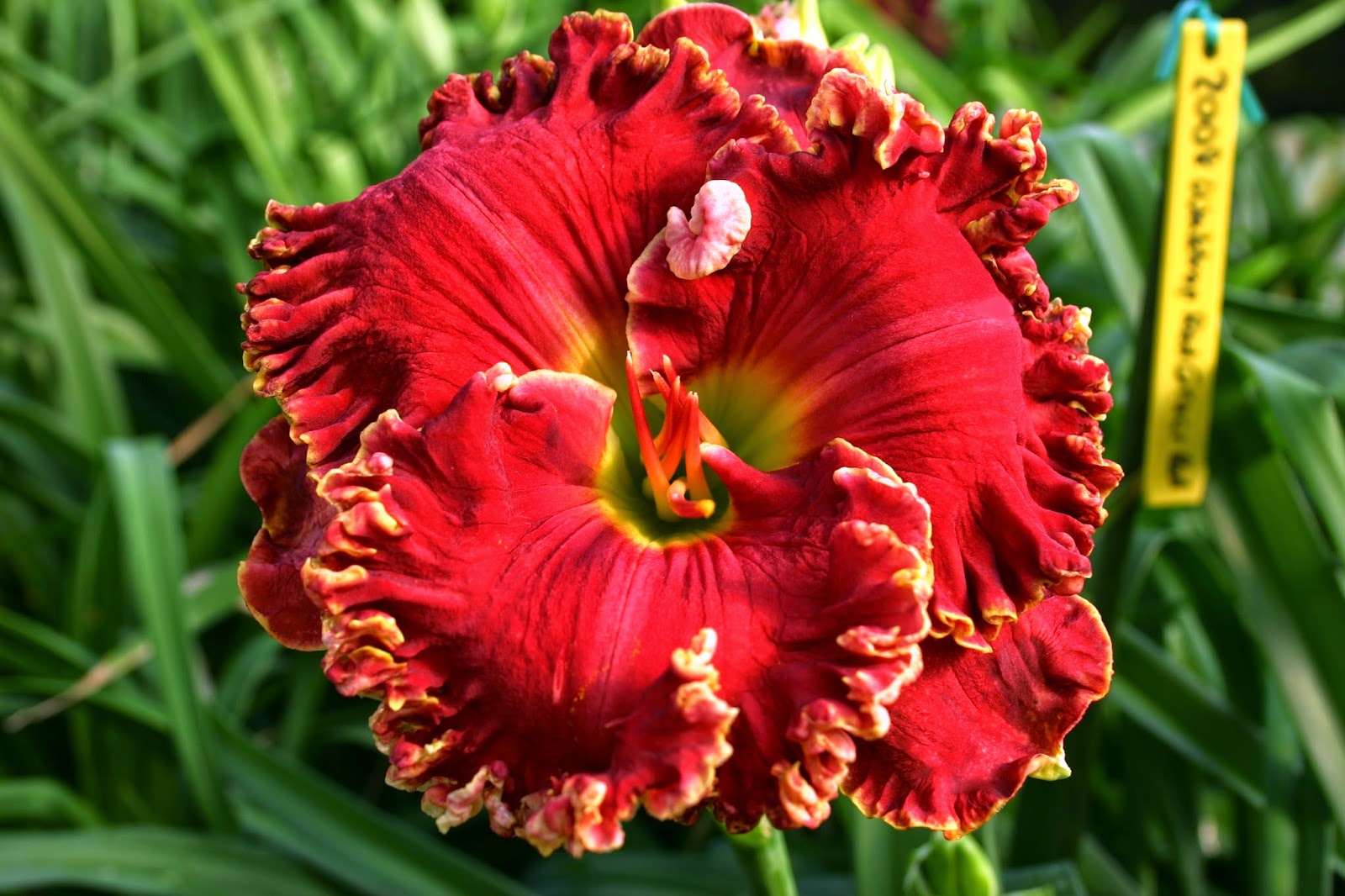 Seedling 2008 is another of those full formed, round flowers that I like. It is a cross of a Waldrop seedling, [Santa's Little Helper X Running Hot) X Home of the Free]. 'H. Home of the Free' was a 2012 Larry Grace introduction. 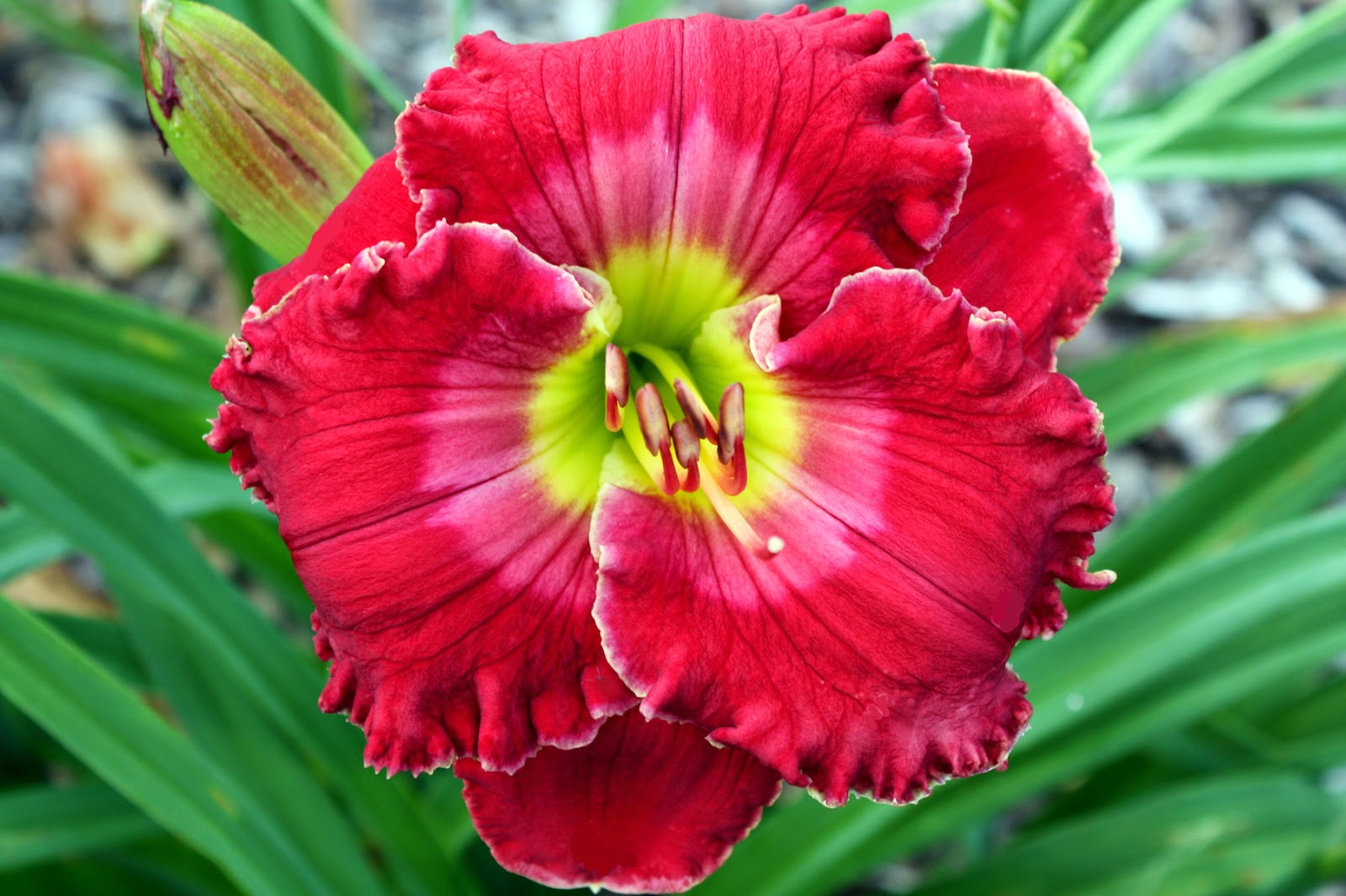 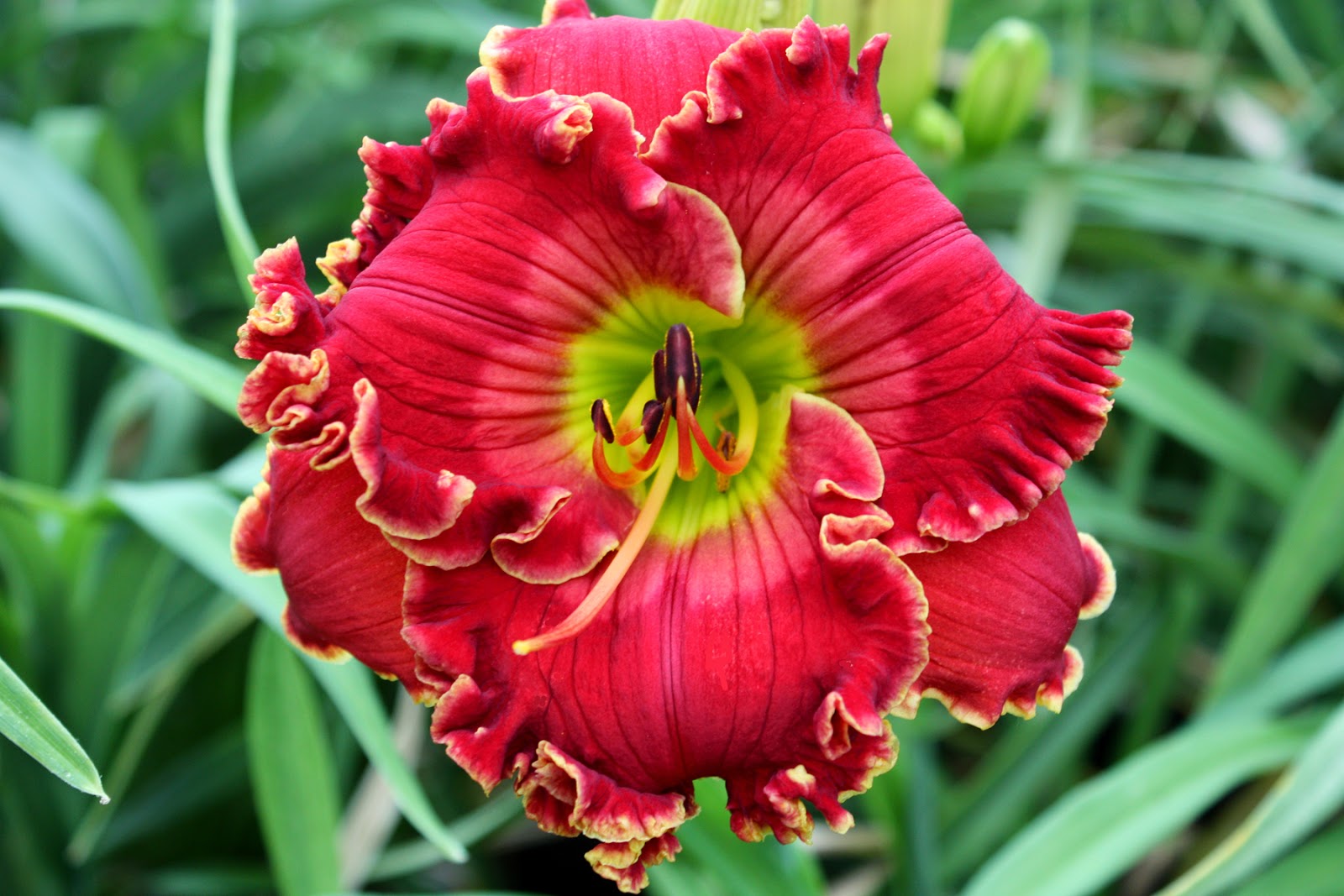 Seedling 2041 is just the opposite cross from Seedling 1004, (Camelot Red X Doug's Caress). I am using it heavily this year hybridizing. 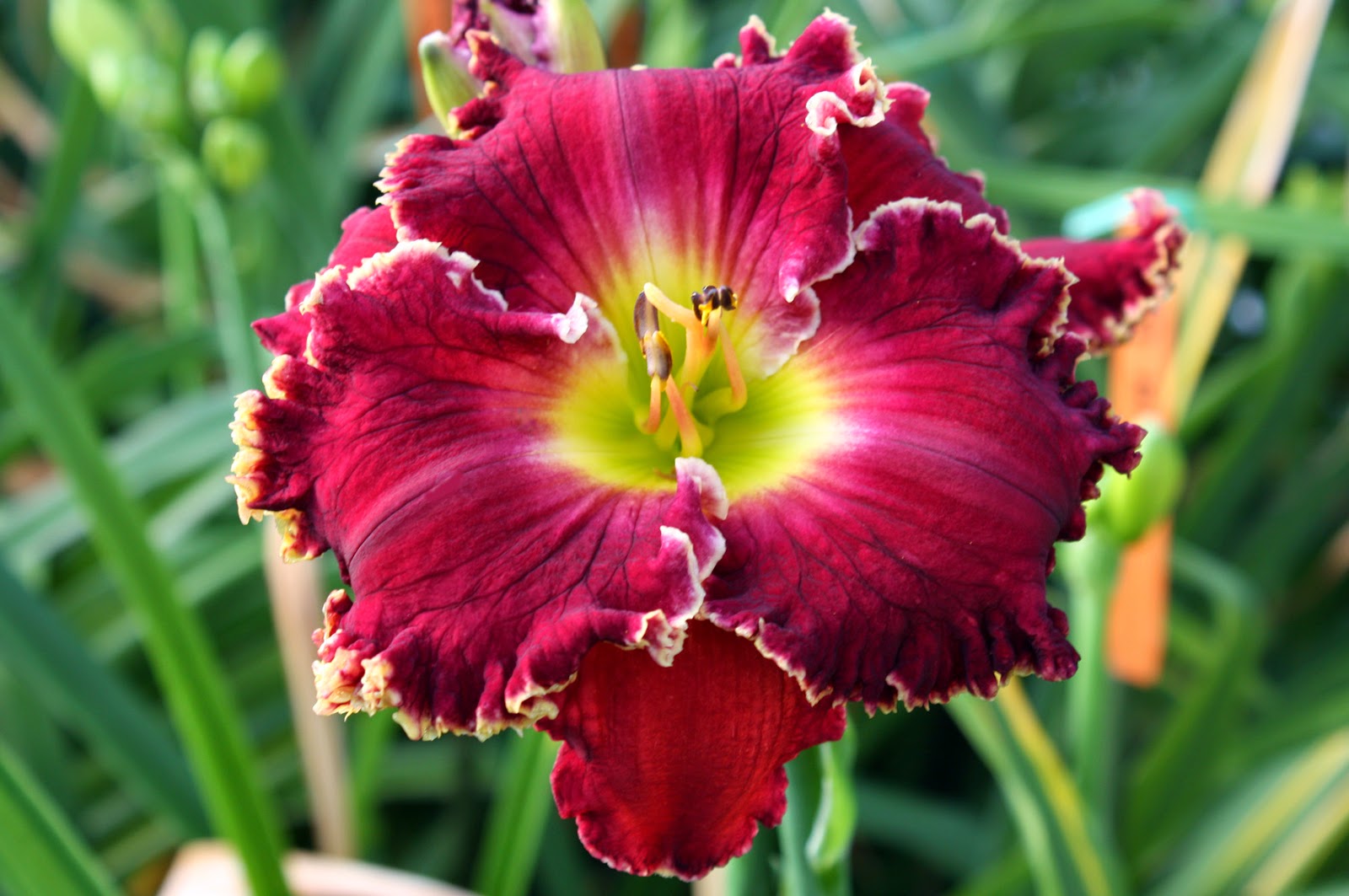 Finally today, is Seedling No. 4052. [ Awesome Bob X Christmas Greetings) X Barbara Mandrell) X [Santa's Little Helper X Running Hot) X Home of the Free]. The latter seedling is my Seedling 2008 above. This also has another of my favorite reds in it's parentage, 'H. Barbara Mandrell', a 2009 introduction from David Kirchhoff.

I especially like the watermarks, saturated color and green throats that I am getting.