This past weekend was the culmination of several years' planning when the Tennessee Valley Daylily Society, Chattanooga, TN produced the annual Region 10 Meeting and Garden Tours. The headquarters hotel was the world famous Chattanooga Choo Choo Hotel and Convention Center. It is certainly old, having been opened in 1973, but the history is worth any inconvenience. Certainly, the food at the banquets was outstanding. 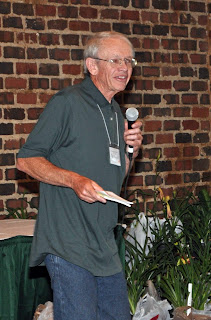 The highlight of the weekend was the Keynote Speaker, Bill Maryott, owner of Maryott Gardens in Freedom, California. Bill led us through his growing, digging and shipping proceedures. Then he took us through his greenhouse and showed us his hybridizing goals and daylilies that he has created. His goals are similar to mine . . . round, round, round and full, full, full, wth clear, clear, clear colors. He has made great strides toward those goals. Here is Bill as he begins to WOW us. 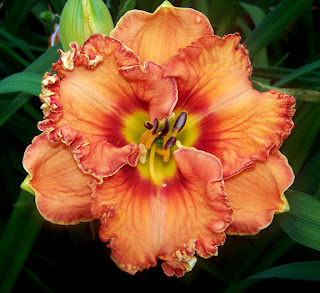 In addition to speaking, Bill donated a double fan of H. 'Lovin' Tennessee' to each person who registered for the meeting which was almost 100 people. I credit Bill with drawing more people to our Regional with this donation than we normally have. Bill, you are too generous . . . THANKS! 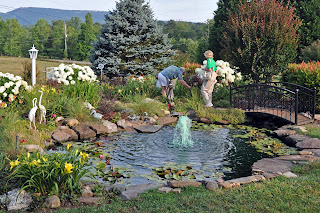 The first tour garden of the day on Saturday was that of Rick Keith's garden in  Chicaumauga, GA. Rick is a hybridizer and an exceptional grower of daylilies. Rick's red edged, red eyed daylily seedling and introductions are absolutely spectacular. 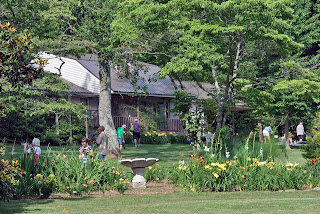 The second stop was Ruby Sunday's garden in Dalton, GA. Ruby not only specializes in growing daylilies, but grows hosta's as well. 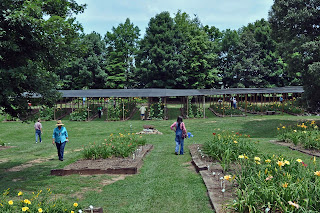 The next garden was about an hour drive away to Steve and Karen Newman's Delano Garden in Delano, TN. Their garden is purely a sales garden and well laid out for that purpose. Many of the daylily beds were under shade cloth to help keep customer's cool. The daylilies were grown extremely well. 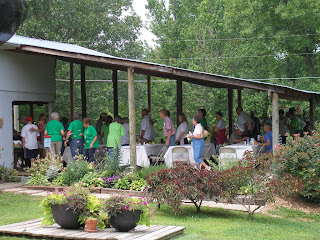 Our lunch was also served at Delano Gardens. Steve and Karen have a very nice covered building in which to eat under shade. Here you can see the eager food line. 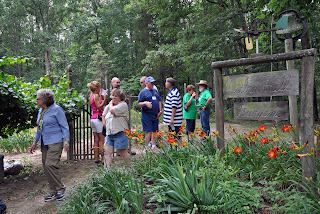 The last garden of the day was the Cabin Hill Gardens of James and Faye Colboch, Athens, TN. In addition to maintaining a display and sales garden, the Colboch's also hybridize and have several introductions. 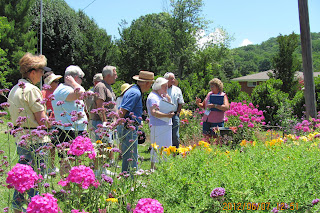 The Garden Judges Clinic II was held Friday at noon in Lee and Jean Pickles' Chattanooga Daylilies. If I remember correctly, there were about 15 taking the class. There were 8 members of the Tri Cities Daylily Society who had taken Workshop I earlier in the year at a club meeting with David Kirchhoff and Rich Rosen teaching the class. They then decided to attend the Regional together and take the second workshop to become official Garden Judges. Image by LaVonne Jolley, another Garden Judge. 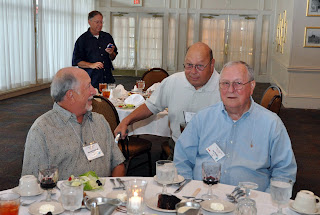 In my opinion, the banquet food this year was exceptional. Here are 3 eager eaters awaiting the serving. L to R David Kirchhoff, Lawrenceberg, KY; Bob Pappenhausen, Moline, IL; and Lee Pickles, Hixson, TN. Regional President, Bud Coltharp is in the back supervising.


I will finish with a couple greenhouse blooms: 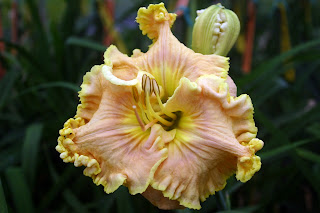 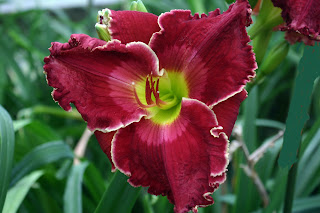 It was a great weekend! We had lots of friends in town including Curtis and Pat Montgomery from San Jose, California, and part of the fall pilgrimage to the Napa Valley wine tasting. They came to our Regional specifically to take Exhibition Judges Clinic III to be able to teach Exhibition Judging in California.

All images except as noted by Susan Okrasinski, Tri Cities Daylily Society